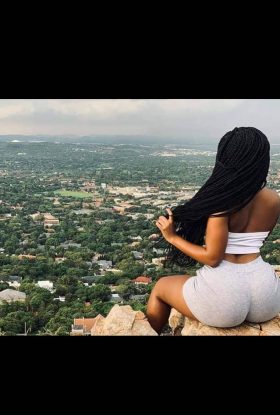 Copperbelt province was formerly known as Western province. It is located in the central part of Zambia and the industrial heartland of the country. The districts in this province are; Chingola, Kitwe, Mufulira, Chililabombwe, Kalulushi, Luanyshwa and Ndola the Copperbelt capital city.

The taxis move back and forth the colourful streets of the Copperbelt province as it drops people off to their designated clubs. The music is loud as the clubs get filled with people of different ages waiting to start their weekend off dancing the night away with friends and strangers alike. Some of the best places to enjoy the nightlife in this province include;

The town of Chingola is where the largest copper mine is found and where the commercial sex business booms. The customers of these women are truck drivers since the drivers have to pass through the town to go to DRC. When there is a decline in customers, the sex workers accept live wire which is unprotected sex so they can charge double their cost. They are not afraid of HIV and claim that everyone dies eventually for whatever reason but as long as they have food on the table for herself and her family, she is content.

As they say, ‘Twala mona inga twa fika’  meaning we shall see when we get to the future. Get hot Copperbelt escorts on Exotic Zambia today and see what happens.

Get to enjoy the best of Zambian escorts offering exquisite services. Meet and fuck Zambian pussy  of black female escorts.

Exotic Zambia is the go-to dating site in Zambia hosting a rich list of exotic hookups. You will get call girls, sugar mummies in Zambia, single ladies in Zambia, or all forms of Zambian beauties.

YOU MUST AGREE TO THE FOLLOWING BEFORE ENTERING!

WARNING - This website may contain nudity and sexuality, and is intended for a mature audience. It must not to be accessed by anyone under the age of 18 (or the age of consent in the jurisdiction from which it is being accessed).

By accessing this website you agree to the following:

I am over age 18 years old, and I have the legal right to possess adult material in my community.

I will not permit any person(s) under 18 years of age to have access to any of the materials contained in this site.

I am familiar with the rules governing the viewing or possession of sexually oriented materials as defined by my local jurisdiction.

I agree that responsibility for the editorial content, and/or the content of advertisers' pages do not necessarily reflect the opinions of the publisher of this website.

I am voluntarily choosing to access this site, because I want to view, read and/or hear the various materials which are available. I do not find images of nude adults, adults engaged in sexual acts, or other sexual material to be offensive or objectionable.

I will exit from this site immediately if I am in any way offended by the sexual nature of any material.

I understand and agree to abide by the standards and laws of my community. By logging on and viewing any part of this website, I agree that I shall not hold the owners of the website or its employees responsible for any materials located on the site.

This entire website, including it's code, images, logos, and names are protected by copyright, and any infringement of said copyright will be prosecuted to the fullest extent of the law. The creators of this website along with the services provided are released of all liabilities.